Hellene: A Complex Word and Contemporary Pagan Use

Posted on February 17, 2018 by AzoresHeliokles 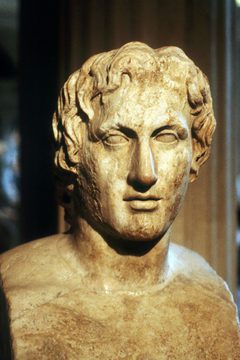 The word “Hellene” can invoke various thoughts. From the concept of Ancient Greece’s shared identity, to Pagans that remained to the Gods, to Emperor Julian’s vision of Hellenic religion, and to the identity of the modern Greek nation. This article seeks to explore the history of this word, and give thoughts over how the term suitably denotes as an identity for contemporary practitioners of Hellenism.

Hellene as a Cultural Identity

There were many terms used to refer to the Greeks. Among them were Achaeans, Danaans, and Argives, which were all used to denote a common Greek identity, but also prominent was Hellene. The word Hellene means “bright,” and may relate to the God, King Helios.

In Hellenic mythology, Deucalion and Pyrrha, survivors of the deluge who became the first King and Queen of northern Greece, bore a son named Hellen, eponymous king of the Hellenes who would come to be the progenitor of the Greek peoples, who himself bore various children that would split off into the different Greek tribes around Phthia (Hesiod, Catalogue of Women, frr. 9 and 10(a)). Thucydides writes that “before the Trojan war there is no indication of any common action in Hellas, nor indeed of the universal prevalence of the name; on the contrary, before the time of Hellen, son of Deucalion, no such appellation existed, but the country went by the names of the different tribes, in particular of the Pelasgian. It was not till Hellen and his sons grew strong in Phthiotis, and were invited as allies into the other cities, that one by one they gradually acquired from the connection the name of Hellenes; though a long time elapsed before that name could fasten itself upon all. The best proof of this is furnished by Homer. Born long after the Trojan War, he nowhere calls all of them by that name, nor indeed any of them except the followers of Achilles from Phthiotis, who were the original Hellenes: in his poems they are called Danaans, Argives, and Achaeans” (Thucydides & Richard Crawley, History of the Peloponnesian War, 1.1.3).

The spread of Hellenic culture went beyond Greece. It spread with Greek colonies across the Mediterranean in lands such as Italy and North Africa, and following the death of Alexander the Great and dawn of the Hellenistic period, Greek culture would spread like wildfire across much of the Near East, where Hellenistic and Hellenized culture interacted and mingled with local cultures throughout the regions and produced new, diverse traditions.

Hellene as a Pagan Religious Identity

This definition was taken and held by some Graeco-Roman Pagans who continued to uphold the religious and cultural identity of ancient Greece, the most prominent of which was Emperor Julian (r. 361-363 ACE) who eagerly claimed the term. Julian defined the term more articulately, giving the name of Hellenism to his traditional Graeco-Roman religion and coining the term Hellene as a practitioner of Hellenism (Flavius Iulianus Claudius 1962, I 71) (Flavius Iulianus Claudius 1962, I 319) (Flavius Iulianus Claudius 1962, III 419). This notion was generally accepted, and Hellene became synonymous with practitioners of traditional Graeco-Roman cultus well into the Christian era. Emperor Justinian (r. 527-565) in his Corpus Juris Civilis would later introduce two new statutes that decreed the destruction of Hellenism, even within private life. Procopius writes of this, stating that “he [Justinian] turned the persecution against the ‘Greeks’, [Hellenes] torturing their bodies and looting their property. Many of these decided to assume for appearance’ sake the name of Christian in order to avert the immediate threat; but it was not long before they were for the most part caught at their libations and sacrifices” (Procopius 1935, 137-141). Late Byzantine History of Emperors describes the devout Pagan, Emperor Dicoletian, as “Roman Emperor, Hellene and idolater” (Iadevaia 2005, 9). This identity of Hellene meaning Graeco-Roman polytheist continued into the reign of the much later Constantine VII (r. 913-959 ACE), who in his De Administrando Imperio makes explicit reference to the last public Hellenes, the Maniots (Greenhalgh & Eliopoulos 1985, 22), in such a manner:

“Be it known that the inhabitants of Castle Maina are not from the race of aforesaid Slavs (Melingoi and Ezeritai dwelling on the Taygetus) but from the older Romaioi, who up to the present time are termed Hellenes by the local inhabitants on account of their being in olden times idolaters and worshippers of idols like the ancient Greeks, and who were baptized and became Christians in the reign of the glorious Basil. The place in which they live is waterless and inaccessible, but has olives from which they gain some consolation.”

The Christianization of the Hellenic identity is thought to have had hints in the 11th century among minor educated circles in the Byzantine Empire. However, it became more prevalent following the Fall of Constantinople during the Fourth Crusade in 1204, though still minor. Small circles of the elite used the term “Hellene” as a self-identifying term in the Empire of Nicaea (Page 2008, 127) (Kaplanis 2014, 91-92). However, once the Byzantines retook Constantinople in 1261 ACE, Romaioi returned to being the standard self-description for Greeks (Kaplanis 2014, 92) and Hellene resumed meaning Pagan. In the 15th century, the philosopher Gemistos Plethon took on the term Hellene, and wished to bring back Hellenism as the state religion of the Byzantine Empire (Kalpanis 2014, 92), and later when the Ottomans introduced the millet system, they would use the term Rumlar, derived from Romaioi, rather than Hellene, and apply it to all members of the Eastern Orthodox Church, regardless of their ethnic origin or spoken language (Mazower 2002, 105–107).

The term Hellene was finally seized by the Greek Christian nationalist movement in the 19th century, where the term was “Christianized” and used to refer to the people inhabiting the Greek Orthodox state. However, many Greek Christian populations, especially those outside the recently formed Greek nation, continued to call themselves Romaioi into the 20th century. Peter Charanis, who was born on Lemnos in 1908 and would later become a professor at Rutgers University on Byzantine history, recounts that when the island was seized from the Ottomans by the Greek state in 1912, Greek soldiers were assigned to each village and stationed themselves in their public squares. Some of the island children ran to find how Greek soldiers looked. “What are you looking at?’” asked one of the soldiers. ‘‘At Hellenes,’’ the children retorted. ‘‘Are you not Hellenes yourselves?’’ the soldiers inquired. ‘‘No, we are Romans,’’ the children answered (Kaldellis 2007, 42–43).

In more recent times, with the resurrection of Hellenism as a religion in contemporary times, the term Hellene has often been reclaimed as a religious self-identity by practitioners of Hellenism. This sometimes leads to Greek Christians becoming outraged, often claiming that this usage of the term is offensive or insensitive because it can cause confusion and conflation with the contemporary Christian Greek culture. However, the usage of Hellene as identifying term for Graeco-Roman polytheists has far predated that of the contemporary nation by almost two thousand years. For non-Greeks, the usage of the term Hellene merely applies as a religious self-identity of a practitioner rather than a claim of descendance, in much of the same way that the term Christian shouldn’t be inferred to mean a literal descendant of Christ. For Greeks who follow Hellenism, however, it means so much more, tying deeply into what it means to fundamentally be Greek.

To object to this usage by pushing a narrative that times change is itself insensitive to followers of Hellenism. Not only did the term Hellene and Hellenism predate the modern Christian Greek state, but the traditionally Christian Greek culture, which champions itself as heirs to the Byzantines and Orthodox Christianity more than anything from Antiquity asides from lipservice, was, and is, actively hostile to ancient Greek culture, its religion of Hellenism, and its contemporary practitioners who identify with a Greece before Christianity. After all, the modern Greek state recognizes the Eastern Orthodox Church as its state religion and has denied Hellenism a right to be recognized as a known religion for much of history up until last year, and even then without recognition as a religious statutory body. Christians have taken a term which Hellenic polytheists have identified with for over two millennia and assigned it for themselves, and while it is great that the Greek people move back towards their ancient identity, it shouldn’t come at the cost of denying practitioners of that ancient identity’s traditional religion.

Kaldellis, Anthony. Hellenism in Byzantium: The Transformations of Greek Identity and the Reception of the Classical Tradition. New York: Cambridge University Press, 2011.

Proud Hellene, polytheist and Pagan. Reconstructing Late Antiquity-Early Medieval Hellenism of the Roman imperial era based on the teachings of Julian the Philosopher and Iamblichus, referred to as "Julian Hellenism."
View all posts by AzoresHeliokles →
This entry was posted in Uncategorized and tagged Hellene, Hellenic, Hellenism, Pagan, Pagan Reconstructionism, Paganism. Bookmark the permalink.

1 Response to Hellene: A Complex Word and Contemporary Pagan Use