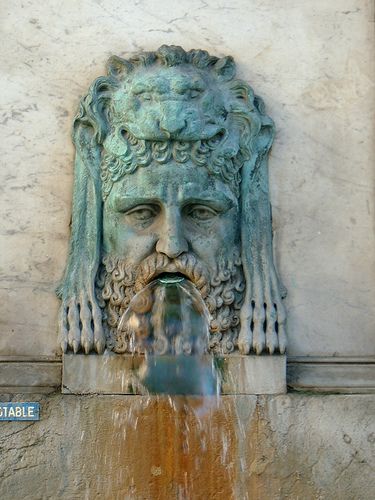 Scrying is a practice known across many cultures, and is the practice of looking into a suitable medium in the hope of detecting significant messages or visions. Here a basic ritual outline will be provided, to which you may add particular prayers, evocations or barbarous words of power to where appropriate.

You can use an animated statue or eikon, but it isn’t necessary. Instead, you can focus the ritual on a gateway deity, such as:

Alternatively, you can scry to Apollo.

Gather what is needed

Purify yourself and the space you’re working in with khernips.

Make sure the only things on the working table are the incense and the scrying object (in front of an eikon or animated statue if one is being used.)

Make an incense offering to the deity of whom you wish to have a vision, asking them a specific question.

Stare at the scrying medium while consciously relaxing your body, starting from the head down to the feet.
Regulate your breath, perhaps using the fourfold breath, a method of rhythmic breathing which aids in calming one’s body so they may think clearly:

While you stare at the object of focus, you’ll potentially experience optical effects, including distortion and areas of your vision blanking. These aren’t visions, however they indicate that you are readying to experience them.

You may, at first, experience visions in your imagination, and discern that they’re internal. However, the further one works with scrying, the further that these visions will externalize. Either way, if the vision ultimately delivers useful information, it doesn’t matter if the vision is in your mind or outside it.

Furthermore, be ready to receive perceptions through other senses, including smell, hearing, and potentially your kinesthetic sense.

When finished, give thanks to the deity you have called, and then end the ritual as you would any other. It’s helpful to do do something mundane following this ritual so you don’t feel fatigued.