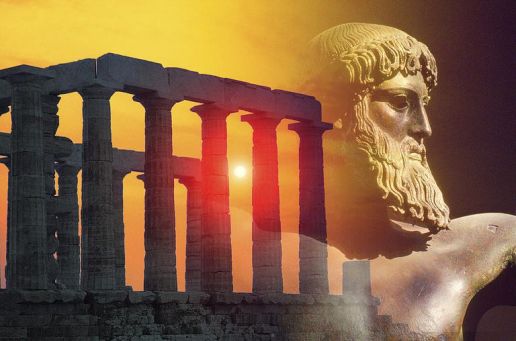 Theoria is something which means “contemplation” or “meditation.” The purpose of theoria is to engage, or disengage, the mind so it may access realms which are ontologically higher to ourselves. However, it is important to note that there are inherent limitations of mere contemplation. The divine Iamblichus writes that “it is not pure thought that unites theurgists to the Gods” (Iamblichus De Mysteriis, II.11, 115), because contemplation ceases to be useful when trying to reach for spiritual realms beyond the Intellective. Beyond the Nous’ Intellective Realm are the Intelligible powers, the essences of Gods, which are beyond even the strongest minds of mortals. Theoria, unlike theourgia, is a purely mortal act, and no purely mortal act can bring about divine works (Kupperman 2014, 174).

A meditative ritual below has been taken from Plotinus’ Enneads and modified. It is intended to lift your mind towards the light of the All-Ruling Nous, bringing yourself closer to it.

Create a mental picture of our whole universe as if it’s in an unimaginably vast transparent sphere, “a picture holding all the things of the universe moving or in repose or (as in reality) some at rest, some in motion” (Algis 2009, 180). Each member in this universe shall remain distinctly apart, yet they all are to form “a complete unity so that whatever comes into view, say the outer orb of the heavens, shall bring immediately with it the vision, on the one plane, of the sun and of all the stars with earth and sea and all living things as if exhibited upon a transparent Globe” (Algis 2009, 180). Bring this vision actually before your sight and view them calmly.

Keep this sphere before you, and from it visualize another: “a sphere stripped of magnitude and of spatial differences” (Algis 2009, 180). Cast away your “inborn sense of Matter” (Algis 2009, 180), being sure to not merely diminish it.

Call upon the Divine Mind, “maker of the sphere whose image you now hold, and pray Him to enter” (Algis 2009, 180). And may He come bringing His own Universe, with it all the Gods and Greater Kinds that exist inside it— “He who is the one God and all the Gods, where each is all, blending into a unity, distinct in powers but all one God in virtue of that one divine power of many facets” (Algis 2009, 180).

Notice that the Demiurge and all its divine energies and all the creatures and objects and worlds it has created exist together in seamless unity. Imagine the God’s unlimited power and awareness extending to all infinity.

Now bring this vision inside yourself, as if you were being filled with that God. Hold the entire cosmos and all its powers and all its creatures inside your own awareness. You need no longer look outside for a vision of the divine being; “it is but finding the strength to see divinity within” (Algis 2009, 182). At once you will see an image of yourself, “lifted to a better beauty” (Algis 2009, 183).

Let go of the visual images you’ve been imagining, allowing the visuals you’ve been picturing to dissolve completely. Now shift your mind. Immerse yourself totally in the divine presence and sink into a “perfect self-identity” (Algis 2009, 183); don’t allow any sense of separateness to enter your conscious (Algis 2009, 183); focus only on the living reality of the all-pervading Divine Mind, and at once you will form a “multiple unity with the God silently present” (Algis 2009, 183).

Inwardly paying tribute to the divine, shift your awareness back to your physical self, and when you are ready open your eyes. It is recommended to do something mundane following this.

Uždavinys, Algis. The Heart of Plotinus: The Essential Enneads Including Porphyry’s On the Cave of the Nymphs. Bloomington, IN: World Wisdom, 2009.