Concerning the “Legitimacy” of Contemporary Paganism

Posted on January 15, 2018 by AzoresHeliokles 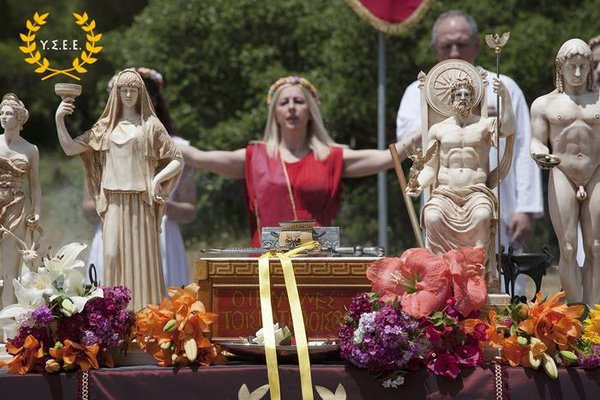 On a few occasions, I will see someone try to criticize contemporary Paganism by attacking its “legitimacy.” Some might criticize its practitioners for attempting to resurrect traditions that were systematically destroyed, while others may laugh and advance a form of misotheism against the Gods for being somehow “irrelevant.” These assertions are not only faulty, but are nothing more than a self-indulgent echo chamber of smug satisfaction.

Firstly, some might try to put forward a hostility towards the Gods who contemporary Pagans worship, and claim that the decline of a belief system indicates that the God(s) of said system are somehow irrelevant, if even real. This point is imprudent, because throughout history it wasn’t the Gods failing people, but rather it was people failing the Gods. After all, it was people who would run throughout Syria destroying sacred spaces (both in ancient times and today), people who destroyed grand temples to the Gods, and people who on several occasions declared it illegal to engage in the proper cultus of the Gods and participate in sacrifice to the divine in any form, even privately in one’s own home, on the risk of the death penalty.

Some may retort how I am “conveniently blaming people,” and yes, this is precisely what I am doing. People are to blame for this, as for so much else. This entire point becomes moot because it doesn’t say a single thing about the Gods, but it does say a whole lot about how far mankind can devolve into degeneracy and depravity. And it isn’t like this is unique to ancient paganism; the same issue is even prevalent in parts of the world today, not only among even contemporary pagans, but extending to other Abrahamics and peoples of related faiths. The logic is ultimately weak and counterintuitive; after all, hadn’t Islam, a different belief system from Christianity, not only overthrown the Galileans in a significant amount of regions across the globe, but also asserted their own systems of beliefs and practices in these areas centered around the worship of the same God? Using this very same logic, would Islam now be the superior religion? If so, why did YHWH change His mind and assert a new preference? The point is exceedingly crude and ignorant. To blame the divine for the sins of man is an act of hubris. It’s peoples own faults for blinding themselves to the light of the divine and bringing about the destruction of ancient traditions. After all, it’s difficult to worship a God if terrorists are coming to persecute you by confiscating whatever you own, imprison and torture you, or sometimes even kill you, even in a contemporary society.

Truly, no one needs a license to worship the Gods they choose, or that have chosen them. If they do require such a license, what could possibly constitute it? What makes it “legitimate” for somebody to worship Yeshua or YHWH as opposed to Isis or Athene? The cultures that many contemporary Pagans seek to emulate may have died at one point, but that doesn’t mean that there isn’t any value in their philosophical worldview or understandings, nor does it mean that they don’t derive some meaningful relationship to the world because of it. At the barest, to deny the existence of other people’s Gods weakens the case of your own. If you suddenly decide to call another person’s religious experience fake, especially if from or derived from a set of long-standing religions with the historical agency of living, individual Gods, then what value are your own? To even assert that these traditions and practices are somehow less valuable than those that survived destruction at the hands of evangelism, proselytization, and persecution is itself a robust display of unconcealed ethnocentric snobbery. The idea that what we have now, the violent Protestant overculture that has stripped the world of its resources and created a system of consumerist hyper-commodification, is somehow “better” or “more acceptable” than the traditions of our ancestors is nothing more than self-indulgent pomposity.

3 Responses to Concerning the “Legitimacy” of Contemporary Paganism