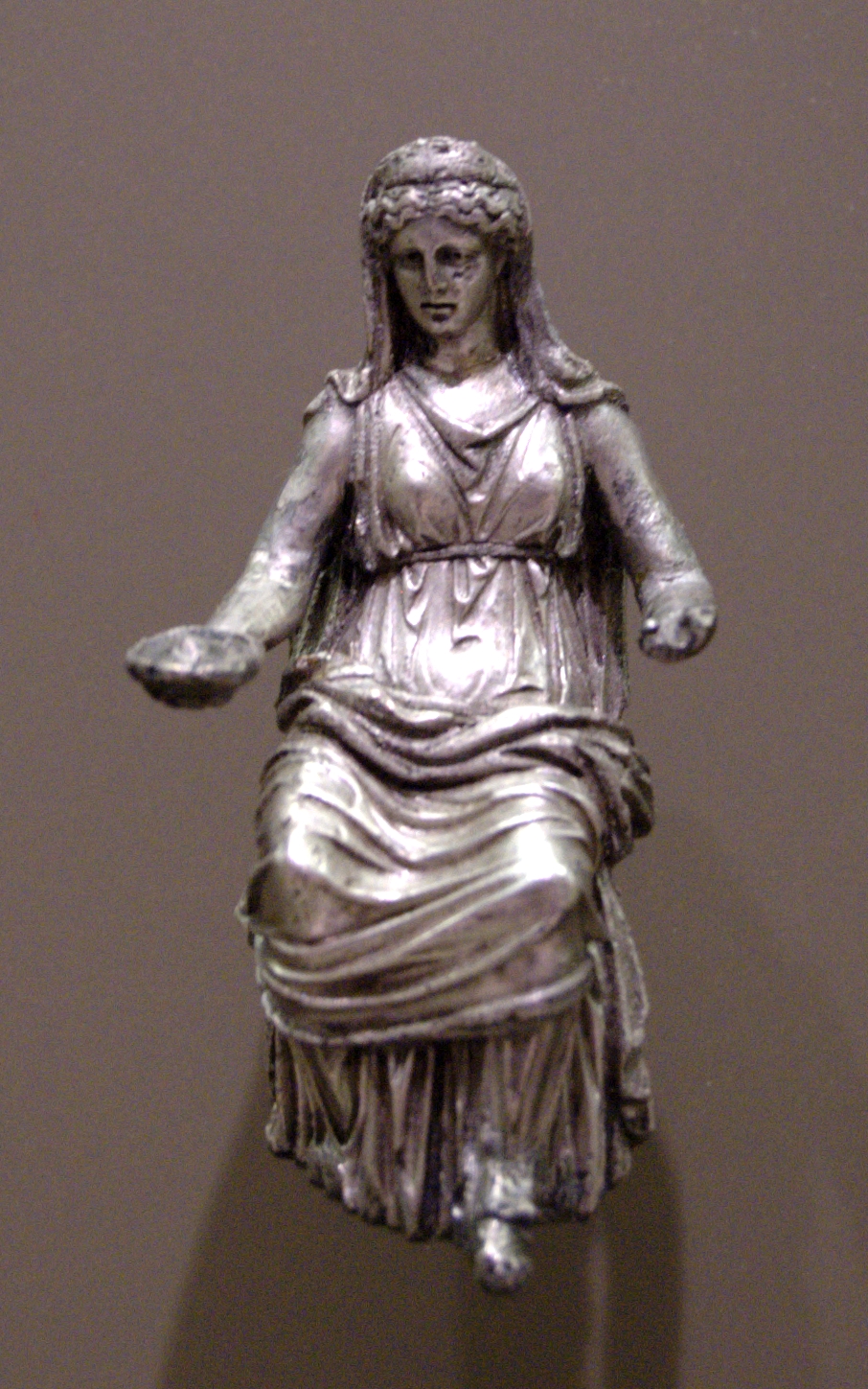 Hera, also known as Juno, is a Goddess of marriage, family and childbirth, and a guardian of wives, mothers and females in general. She is a patron of civilization, who ensures that womens voices are heard, oaths are kept, and inheritence is passed safely to the next generation. She also has connections with spring rain, nature, and the Milky Way. She has a temple on the Capitoline Hill.

In mythology Hera is depicted as the loving wife of Zeus and thus Queen of the Gods. There are numerous times where Hera persecutes those involved in the numerous affairs of Her husband, which are allegorical for the limits of the Demiurge’s creative powers.

She is often depicted in iconography as a stately figure. She is commonly depicted crowned with a diadem, and often carries a specter. She is known to be supremely beautiful, though Her beauty is very different from that of Aphrodite’s. Homer describes Hera as “ox-eyed” and “white-armed”, which means that She has large, soft brown eyes and a pure, unblemished complexion that was as white as ivory.

She is associated with items such as:

She is associated with plantlife such as:

She has a strong association with animals such as: