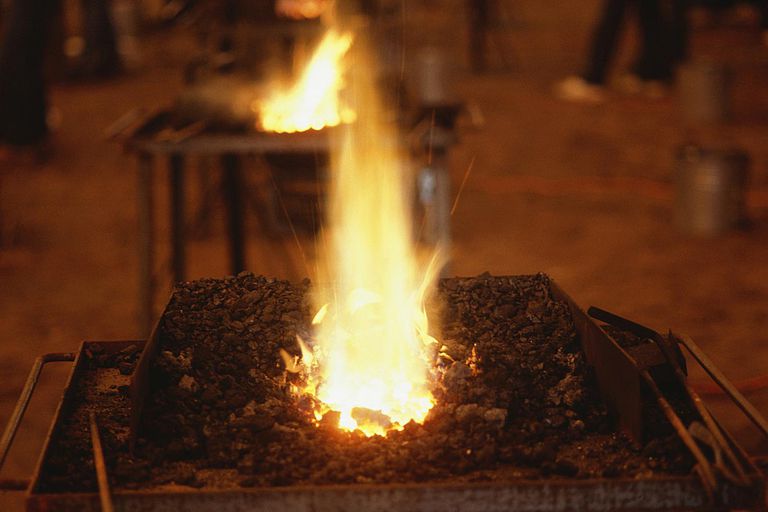 Vulcanalia, also known as the Feriae Volcano (Holy Day for Vulcan). Hephaistos (Vulcan) is honored in the autumn season with a festival day because He is the Lord of Fire. Bonfires are held in honor of Vulcan on this day, into which propitiatory live animal sacrifices are made, most notably fish and red-haired animals, to protect the home and livelihood from the ravages of fire.

During this time of the year the risk of fire was the highest, especially concerning the safekeeping of the recent harvest. The fear of a fire in Rome was so great that, according to the historian Plutarch, His cultus was found outside the pomerium (the religious boundaries of the city of Rome itself).

A few other deities are also offered sacrifice on the Vulcanalia, including:

It can be understood, as scholar Floyd G. Ballentine argued, that Nymphs are fundamentally water deities, and that the invocation of them during Vulcanalia is necessary to extinguish any fires that may burn homes and the harvested grains. This is evidenced by Cicero informing us that they gave help in times of fire, in his Har. Resp. 57.

Scheid, John. An Introduction to Roman Religion. Indiana University Press (2003), pp. 49 (Vulcanalia as fire prevention), 62 (regarding the pomerium), 80 (regarding sacrifices).