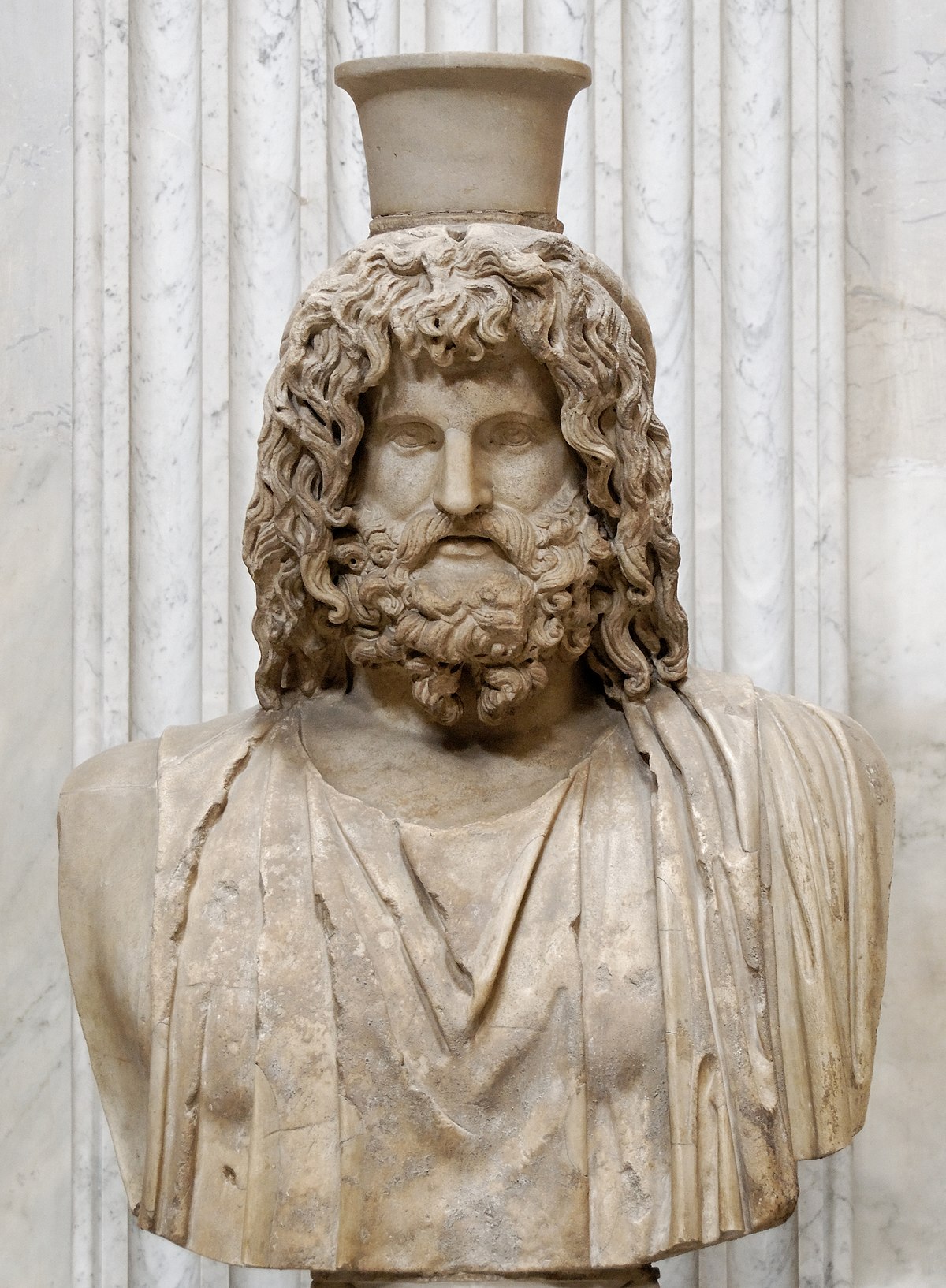 “He alone is held in honor alike by kings and by private citizens, alike by the wise and the simple, by both great and small, by both those who prosper and those whose lot is hard, giving to the former the enjoyment of their happiness and proving to the latter to be their only salvation from further evils. Next to physical health the thing which men most zealously seek is the possession of property; this too Serapis provides, without wars and battles and dangers. Thus in every circumstance of life He comes on our behalf, and there is no place left unaffected by the workings of this God. Rather, in whatever matters mankind is interested, He too takes an interest, and performs every sort of blessing, beginning with the soul and ending with material wealth.”
-Hymn to Serapis by Aelius Aristides, (Aristides, XLV, I8-zo, Keil)

The Serapia is a holiday dedicated to Lord Serapis, God of the afterlife, abundance, destiny, miracles, fertility, and healing; who had gained a large following during the Roman Period when His worship spread beyond Egypt.

The Serapia was celebrated, sometimes for numerous days, in the form of festivals complete with processions and feasting. Music from musical instruments such as kitharas and flutes would be filling the ears of those who attended. Philanthropy is also practiced, with bonuses usually given to those who worked under the wealthier individuals who did celebrate the Serapia.

This day is to be celebrated as a feast to Serapis. An offering should also be given to Him, most particularly perfumes and incense.