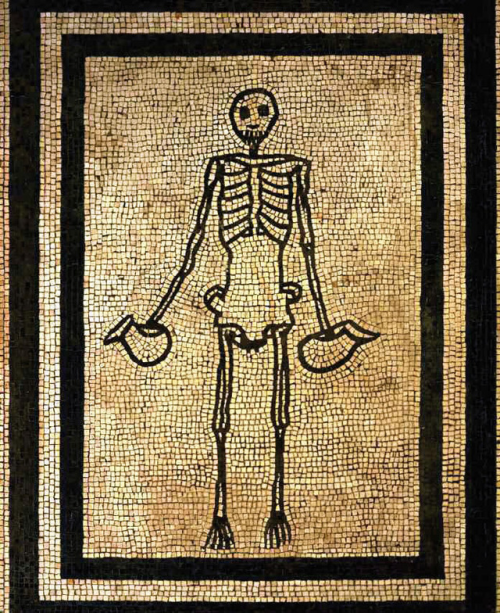 May 9, 11 and 13 are the days of the Lemuralia, a festival to appease the restless dead. It is a domestic observance, rather than a public rite. The temples are closed, and marriages are prohibited during this period. It’s dedicated to the malevolent and restless dead, for maintaining their memory is as paramount as those of the benevolent ancestors. Sacrifices are offered as propitiation in order to keep the peace and avoid ill luck from these infernal spirits.

The Lemures are the roaming spirits of those who have no family or friends to perform the customary rites for them. These are not one’s Lares, though, and one does not wish to encourage them to linger at one’s domus (home). Therefore, a bowl of water and some scraps of food, with flour, salt, olive oil, and perhaps a coin of small value to pay the ferryman may be left for them outdoors or, better yet, at a crossroads. A prayer is offered for them to peacefully continue their journey to the next world.

The home may be cleaned and purified during this festival, and one’s own Lares should be shown special honor, perhaps with offerings of candlelight, flowers, or morsels from your own evening meal.

Then, this prayer is repeated nine times:

Haec ego mitto; his redimo meque meosque fabis. (“These I cast; with these beans I redeem me and mine.”) [x9]

The rest of the household then clash metal pots while shouting nine times: