Endovelicus (Endovélico in Portuguese) is an infernal-chthonic God of underworldly benefits such as health, vegetation, and the afterlife. His worship is firmly associated with the hill known today as São Miguel da Mota in the municipality of Alandroal. He is a God of many faces who in mythology is said to have visited the underworld to gain the power of healing. 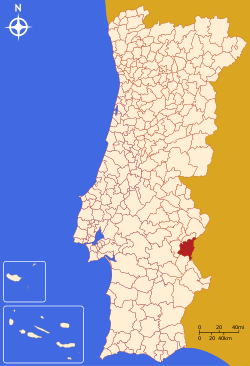 Alandroal, where His worship traditionally belongs to.

It is said that people and places that worship Him benefit from His protection and that He brings cures to the ill. He’s associated with chthonic oracles and healing, and it is said that once worshipers do certain rites and sleep in His sacred sanctuaries that something called “incubatio” happens, where much like Asklepios, He can talk to them in their dreams and even tell them about their own future and offer advice, providing them a bit of Providence while keeping them subject to Fate.

His cult was only strongly popular in the municipality of Alandroal, where His sacred hill known today as São Miguel da Mota was located.

Inscriptions dedicated to Him associates His iconography with hogs, palm leaf, a winged boy, a laurel wreath, a jar and a patera.

A statue of Him from the Roman-era survives, and He’s depicted as a bearded man.

It is thought that the sacrifice of pigs is traditionally given to Him. Votive altars are also dedicated to Him, and it’s possible that there was once existed complex rituals that involved animal sacrifice and ritualistic feasting devoted to Him.

Further, one could take a pilgrimage to São Miguel da Mota.

Since the worship of Endovelicus was very local to His hill, His epithets weren’t focused on placenames since His cult didn’t spread very far. Rather, His epithets focus on His greatness and include: