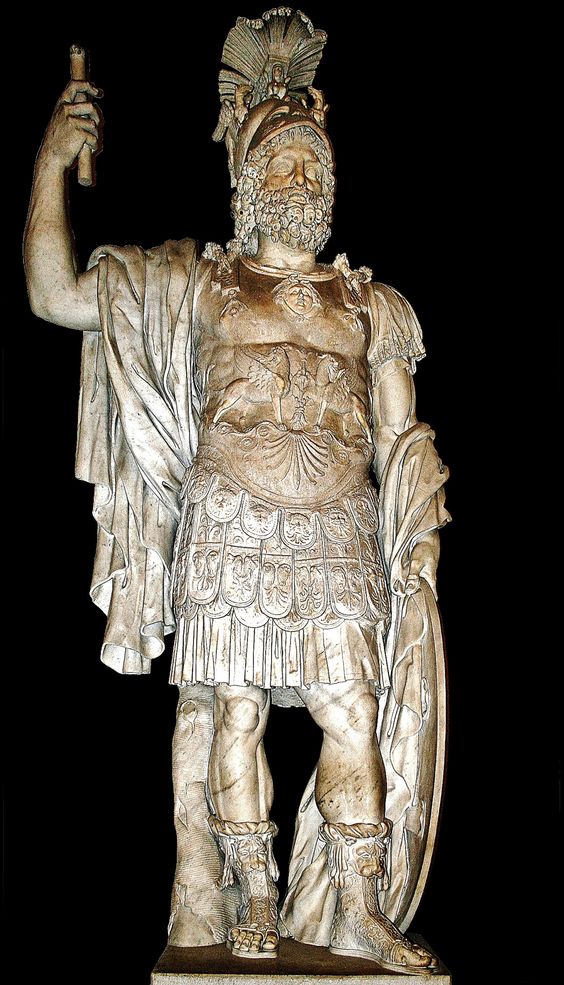 Ares, known as Mars in Latin, is the warlike God par excellence, however is by no means limited to this function. His ultimate role is protecting, which unites his various elements. Although the patron of bloody combat, He also protects soldiers engaged on the battlefield, and the sick against their maladies. Like Silvanus, He also protects farmland, property, and the integrity of the tribe. If, in order to protect, He must fight, then Ares is ready. Ares is the ruler over warlike nations, while His sister Athene looks over nations that are both warlike and wise.

He is commonly celebrated as the “father” of Romulus, and as an extention Rome itself, as either He or one of His Daimons crafted Quirinus the mortal vessel of Romulus.

Ares is typically depicted wearing a giant-crested Corinthian helmet and armour. He often carries a spear, a sword, a shield, or all three. At times, He is depicted nude, and often bearded.

Among the animals sacred to him are wolves and woodpeckers. Besides these animals, horses are also a traditional sacrifice.